The weir at Dovecliff was historically constructed to create a head of water to power mills, but in modern times it had become redundant and had fallen into disrepair, posing a public safety risk and a significant barrier to fish migration. Replacing or continuing to maintain the weir was economically unfeasible and would yield little benefit. It was therefore decided to remove it, to restore natural river processes and enhance biodiversity.

After 500 metres of trackway access was installed, Stonbury began the project by excavating a 150-metre-long, 10-metre-wide bypass channel to temporarily divert the river. The works area was dewatered and sealed off with a sheet-pile wall upstream and a temporary Portadam downstream. During this process, Stonbury’s specialist teams managed a significant fish rescue; in total, 16 different species were recorded.

The weir was demolished in sections using a hydraulic breaker; the material was saved for strengthening the new channel walls. Due to the presence of remains of an original weir thought to date back to the mediaeval times, archaeologists were enlisted over a six-month period to supervise digging and carefully record the location of over one thousand timbers, which were afterwards re-buried.

In addition to the main weir, a smaller, W-section barrier was removed from the Mill Leat, and this channel was widened. Because the river is used for abstraction, supplying water to most of Derbyshire, this important channel was reconnected on the outside of the completed river bend to ensure the flows are maintained. A minimally invasive stop log was installed so that the water level is controlled during low flows.

Following the weir removal operations, the river channel was reconstructed in accordance with the Environment Agency’s design. Around six-thousand tonnes of locally won earth and shingle, and a similar weight of granite riprap stone was used to form and strengthen the new riverbanks. These works were completed around significant flooding during one of the wettest winters on record. Fortunately, after the winter, the site remained isolated, so the works had no impact on spawning fish during the breeding season.

Now that works are complete, the water level upstream of the weir has dropped by approximately a metre. The channel benefits from a more natural river bend, allowing normal sediment deposition and providing significantly improved spawning grounds and habitat. Removal of the weir has opened the Dove catchment for over 300 miles and allows the free passage of fish and other wildlife for the first time in almost 900 years. 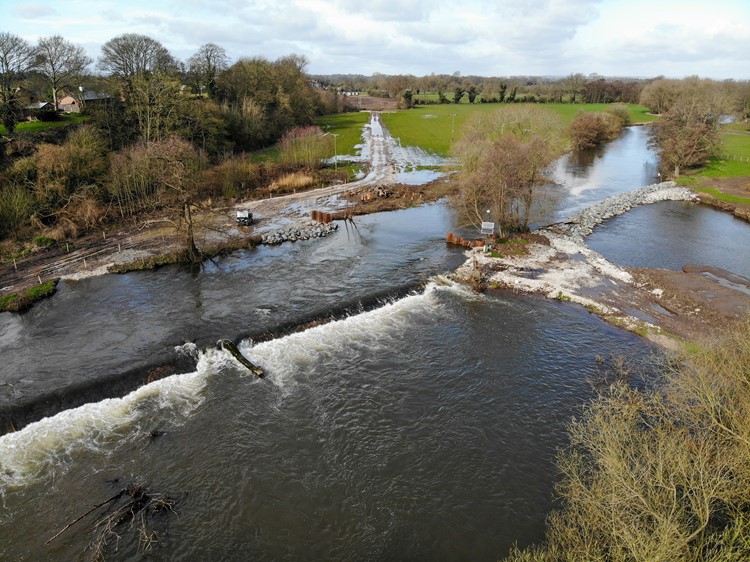 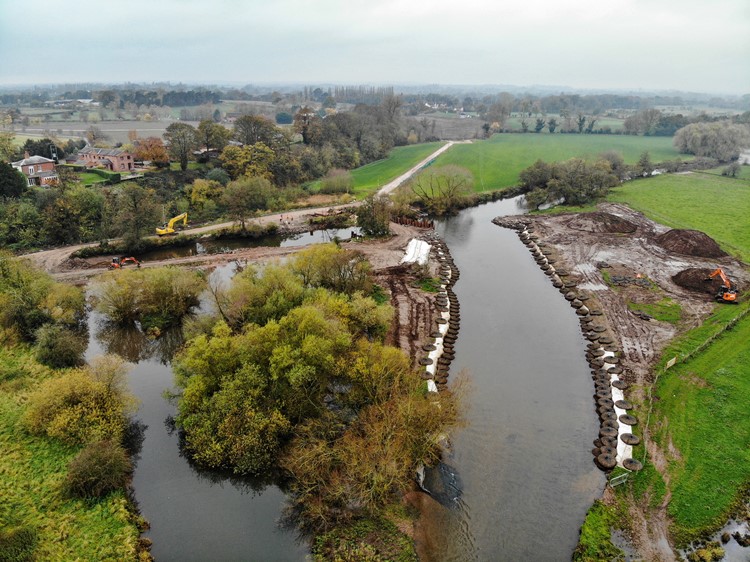 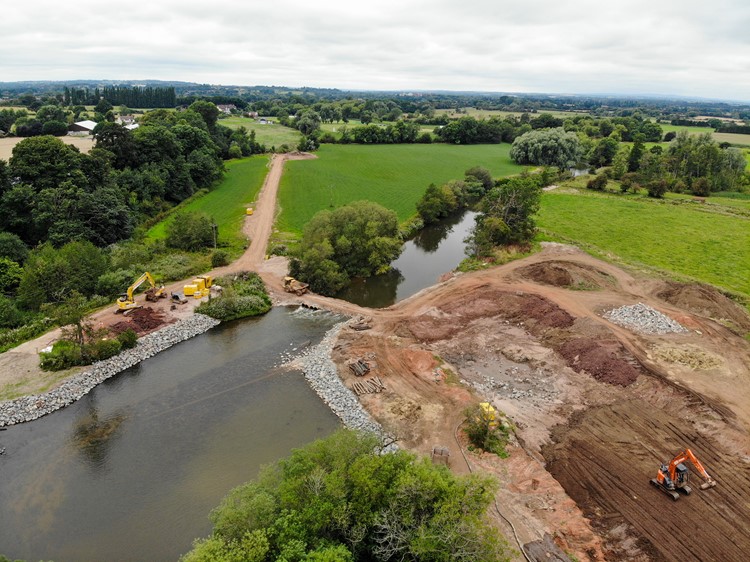 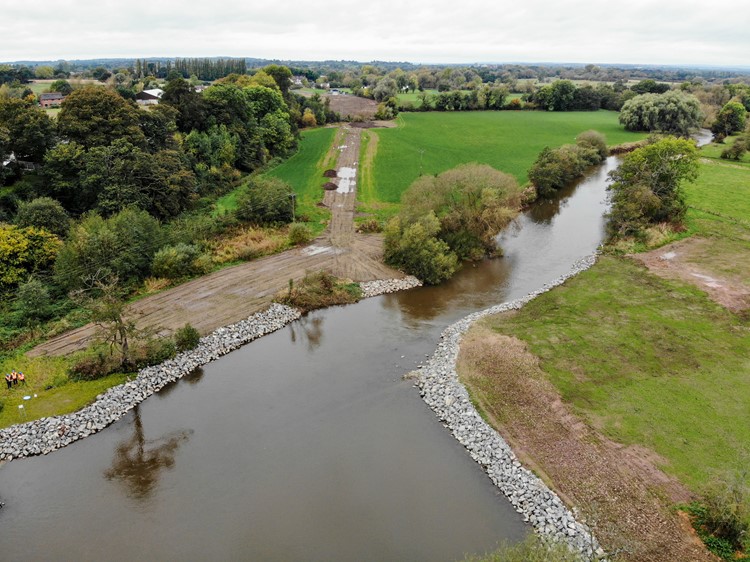 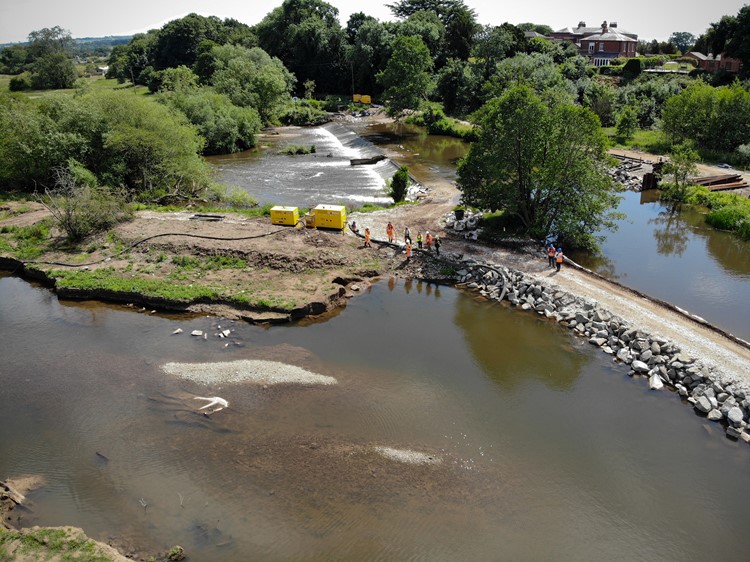 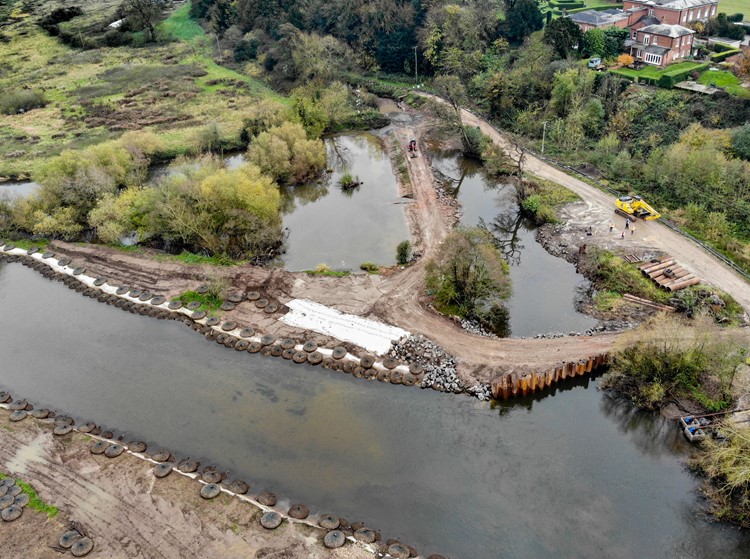 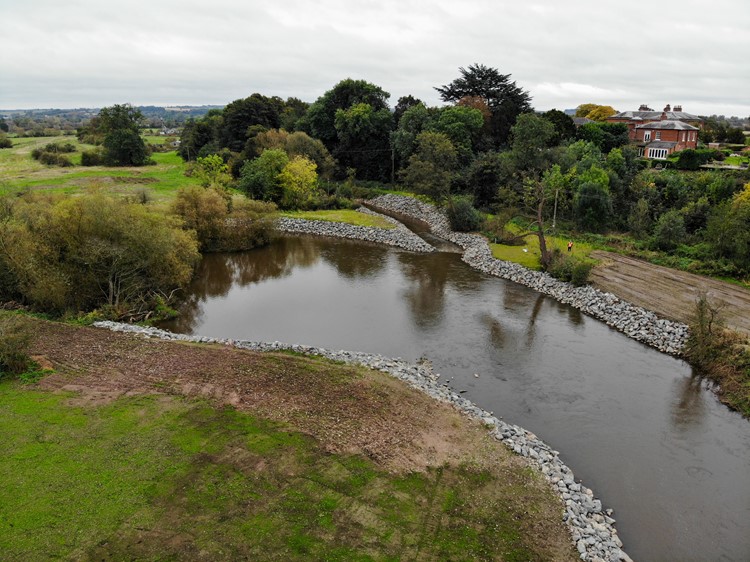 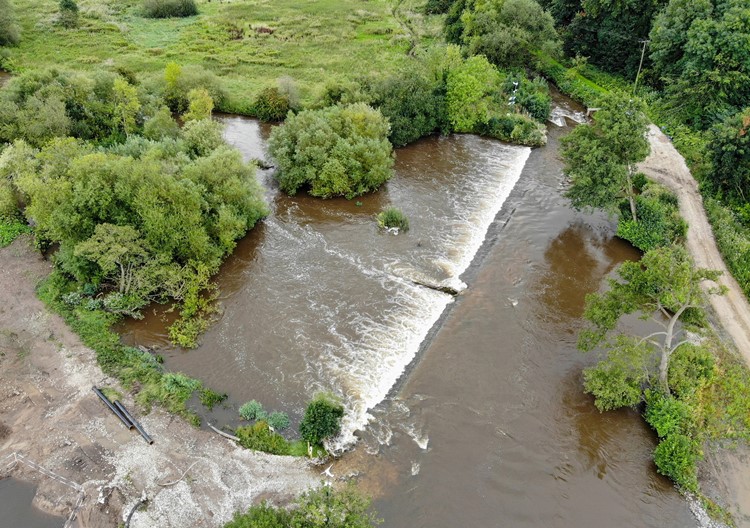 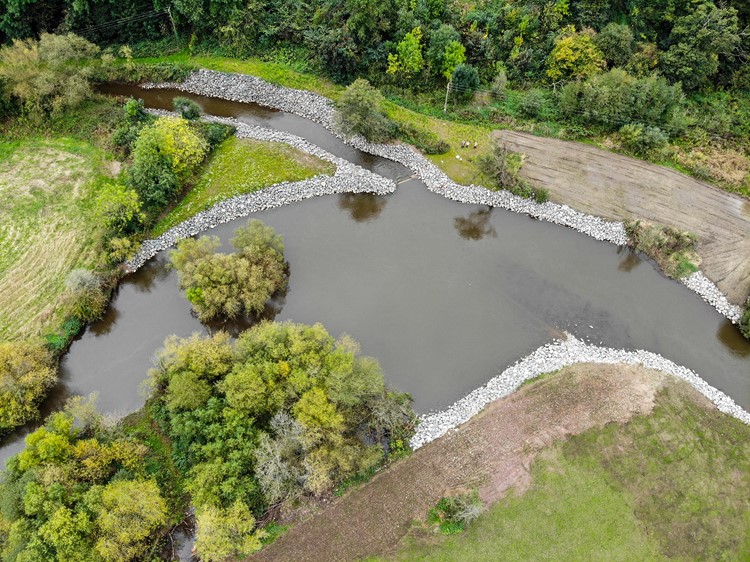