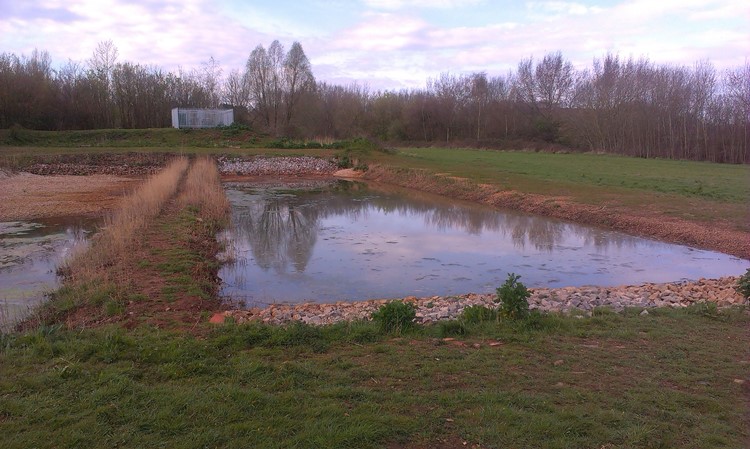 Repair works were required due to leachate with a high biological oxygen demand and chemical oxygen demand seeping from the side of the tip, which sat adjacent to a watercourse and was causing pollution in the stream. The discharge from the outfall was periodically tested by the Environment Agency and had worked well for a number of years. However, over time the quality of the discharge declined, and the reedbed was deemed to have failed.

For works to begin, the reedbed area was electrically isolated and the flow was diverted from the lower pumping station into a ditch adjacent to the reedbed, which had a number of weirs to entrain air into the flow. A small pump was used to circulate the leachate in the ditch, which was then periodically pumped out onto the grassland.

The four penstocks were then replaced, along with the actuators which were externally mounted to the chamber, with a robust fence erected around them. Ultrasonic level monitors were also installed to re-establish level control between the pumping station and distribution chamber.

The six beds were stripped of vegetation and the gravel media was excavated, passing it through a grizzly screen to remove the coarse vegetation and set aside to drain. The gravel was then put through a rotating trommel screen to remove as much of the silt and sediment as possible and washed to clean it further. Due to the contaminants, all of the cleaning works took place within the footprint of the reedbed cells.

The reedbeds were refilled with the cleaned gravel, topped up with additional stone and finished with finer gravel along the surface of the reed bed to provide a planting layer. The distribution and in bed pipework was also replaced where necessary.

On completion of the works, the flow was diverted back into the distribution chamber allowing the leachate to fill up the various cells. Once the area was flooded, some of the original plants and phragmites rhizomes were replanted into the substrate.

After passing the leachate through the reedbed, a water quality testing regime was instigated and the effluent continued to recirculate. Development of the biofilm allowed the pump to be removed and the flow to return to the stream.

The arisings from the cleaning and desilting works were disposed of on-site into landscape bunds. The material that was deemed hazardous was wrapped and encapsulated before top-soiling, removing the need to export waste from site.

A team returned to weed the reedbeds and harvest the biomass from the surface to remove nutrient and encourage the reeds to tiller and produce vigorous growth. This process would also prevent the top of the gravel becoming blinded with vegetation.