Stonbury are immensely proud to be supporting our clients across the UK at such a crucial time and have been designated as 'key workers' by DEFRA and the UK water utility companies. Our teams are working tirelessly to help secure and maintain drinking water supplies, ensuring clean and safe drinking water is provided without interruption to critical services such as our hospitals as well as the general public. Now more than ever, the safety and wellbeing of our staff is of the utmost importance and we have adapted our safe working practices to ensure social distancing precautions are in place and that the correct hygiene practices are being followed. Making safety is our priority, and we endeavour to make sure everyone at Stonbury goes home safe to their family.

The new TT Plant was required as monthly testing, completed by the EA, highlighted that the temporary system was close to failure and could not cope with the rising capacity demands and possible flood risks.

During the excavation works, the team had to move a number of existing cables that crossed the footprint of the new tank and identified pipework that would be incorporated into the new system. They were also required to set up pumps to deal with significant groundwater ingress, which increased during rainfall.

Temporary works were also required due to the location of several underground concrete elements, that were fixed between an existing part of the site and an entrance road. The road was used by heavy sludge wagons, and so the temporary works ensured the safety of our teams and enabled the site to continue operations with as little impact as possible.

On completion of the new wet well, the team began installing the pipework, which included the treated effluent return pipe and the backwash return pipe. The team then poured the new slab for the two Hydrok tanks and once cured, the units were positioned, and the outlet side was connected. 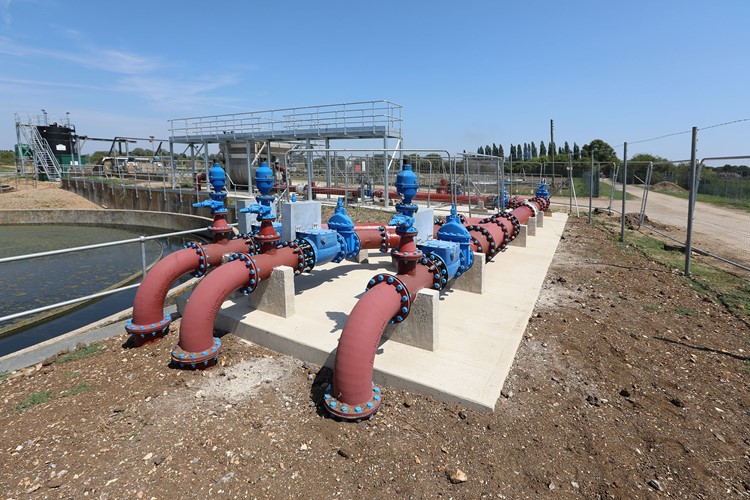 As the scheme reached commissioning, all of the pipework was pressure tested to ensure they were working correctly and achieving the required outputs. The pumps, actuated valves and flow meters were also tested, and the motor control panels were installed, ready for programming. Training was carried out by Stonbury, on the correct use of the panels. 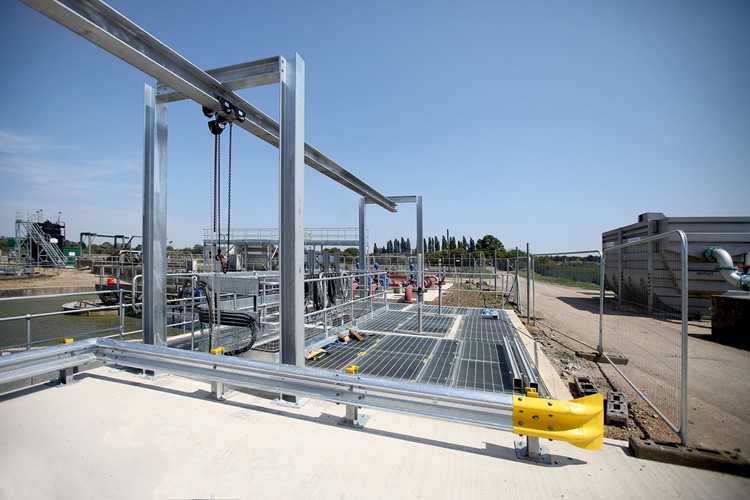 Since completing the scheme and handing the site back to the client, additional works have been requested. This includes new lighting and the modification of the manually operated penstock, to become automated with a traffic light warning system. This will reduce the risk of manual handling on-site and will alert the site operatives in advance, if there is a problem, without relying on visual checks alone.