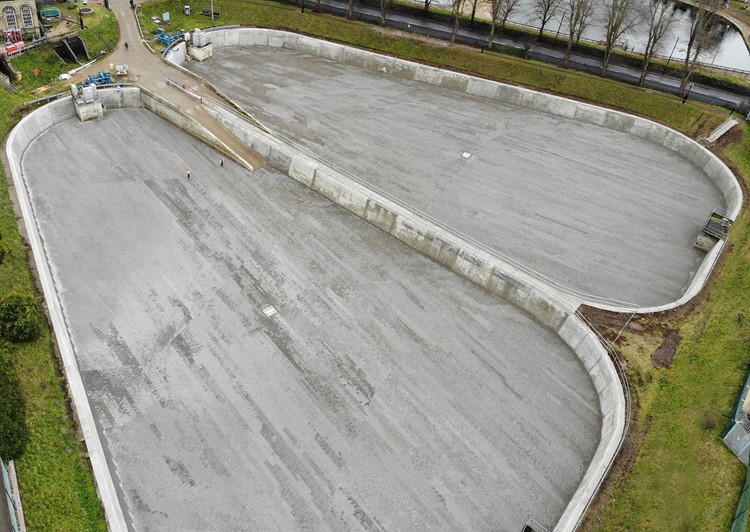 Various options were considered for two of the beds, which required significant repair works. This included skimming the walls with a cementitious coating or, as an alternative, installing lightweight mesh and spraying the walls with a concrete repair mortar. However, it was decided that the best solution would be to install a single-sided, reinforced waterproof concrete wall around the perimeter of each bed.

The single-sided wall design did pose some challenges, as the clients wanted the wall to be built as a floating slab that was not tied to the existing wall. In addition, the existing wall was built on a 10-degree angle, with curved walls located at each end which made it difficult to use straight formwork.

It was decided that the new slab would be fixed to the top of the existing wall and that fibre board would be installed onto the existing brickwork. Dowel bars were required along the top of the wall on both the front and back, along with two layers of vertical bars and steel mesh for reinforcement.

Initial works included removing the old porous concrete floor and coping bricks from the top of the walls. Once complete, the surplus material was removed from site to be recycled. The existing render was also removed from the walls, and reinforcement for the new wall was installed.

The team progressed quickly, and once several of the new concrete walls had been successfully poured, installation of the new floor could begin. Over 7800m2 of porous concrete blocks were installed across both filter beds. To complete the floor, no-fines concrete was used around the perimeter to seal the edges.

The existing concrete lintels running along the central drainage channel were also replaced with new, and a new handrail was installed down the central walkway of the two filter beds for safe access.

The work was carried out in accordance with the programme, and following inspection and snagging, the slow sand filter beds were signed off and handed back to the client. This was an extremely successful project and an excellent long-term solution to ensure the assets remain fit for purpose for years to come.